For a Budget both Sustainable and Fair 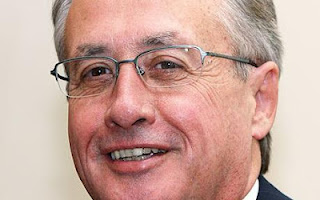 Above:  Wayne Swan is under political pressure to produce a surplus for May 8th. But to re-engage with voters Labor needs to do a lot more; delivering truly meaningful and substantial social programs that appeal both to Labor's working class and liberal middle class electoral bases. This needs to be provided for through a progressive tax restructure including reform of superannuation tax concessions, dividend imputation and consideration of further 'super profits' taxes where appropriate.

As the May 8th 2012 Federal Budget approaches top Labor policy-makers will be nervous. While there is enormous political pressure to deliver a surplus only very substantial progressive new initiatives hold the prospect of re-engaging with Labor's traditional working class and liberal middle class support bases. 'Treading water' on policy simply will not do at this point. So many voters are 'disengaged' after years now of systemic smears and disinformation in the media. Very substantial new programs are the only chance, now, of breaking through: at the very least saving the Senate, and leaving behind a reform legacy that Abbott will not be able to uproot.

But what specific programs could Labor embrace in order to re-engage with voters; perhaps even to win in 2013?

Immediately there are a number of options which spring to mind:

It is difficult to estimate how much would be necessary in way of funding for industry cross-subsidies. Although a fast-rail line along the Australian East Coast – costing $100 billion - could "dramatically cut emissions" and provide great convenience for travellers, and those utilising rail freight.

Such infrastructure initiatives could be financed via the issuing of government bonds, which could spread debt repayments over decades, with competitive annual repayment rates.

Development of infrastructure in new suburbs is also crucial on practical, environmental and equity grounds: and could create jobs along the economically languishing South-East Coast. Urban design, including public transport, parklands and other social facilities are crucial for the quality of lives of those young families who have been driven by the Howard housing bubble and population growth onto the 'urban fringe'.

And while Cost-of-Living subsidies should aim to deliver a minimum of an additional 1 per cent of Male Average Weekly Earnings (approximately $600/year for individual adults) to assist mainstream working class and disadvantaged families with energy, water, mortgages and rent, this author does not have access to modelling to determine the cost.

Yet 'Cost of Living' is THE issue 'out there' with Australian families, including those working class and disadvantaged families it is Labor's duty to protect and assist. A big initiative, here: as significant or more significant than already suggested – could be THE crucial factor in re-engaging with Australian voters.

Labor also stands to gain, here, by linking Carbon Tax relief with broader Cost-of-Living Relief. In such a way Labor needs to develop a package in which all disadvantaged and mainstream working class Australians are significantly better off. By linking these issues Labor has a chance of changing public perceptions of the Carbon Tax, while addressing genuine Cost of Living stresses for those in need.

And tax cuts would be quickly forgotten, so Cost of Living Relief will be better addressed through a dedicated supplement, to be paid twice-yearly.

Public construction of new energy and water infrastructure could also have savings flowing on to consumers because of the lower cost of public borrowing.

Nonetheless, despite our lack of access to modelling in some areas it can be stated that were the government to reform taxation so as to bring in around an additional 1.5 per cent of GDP in taxation (approximately $22 billion out of a $1.5 trillion economy), this would provide substantial scope for the social welfare and industry assistance packages hinted at here, while also providing for the politically-desirable surplus.

Potential fund-raising mechanisms could include a move to either 75% or 50% Dividend Imputation (saving between $5 billion and $10 billion/year); eliminating superannuation concessions for the wealthy (saving approximately $10 billion/year); restructuring of income tax, reversion to the original Resource Super Profits Tax template, consideration of other 'super profits' taxes where appropriate, and reneging on projected Company Tax cuts.

There is even the prospect of emulating Abbott in terms ofa 1% increase in Company Tax for large enterprises, ploughing the proceeds into Aged Care. Given his own position on Paid Parental Leave and his eagerness to appeal to aged Australia Abbott would be hard-pressed to oppose such an initiative. It is worth noting that Company Tax in Australia is 30% as compared with 35% in some areas of the United States – so there is 'room to move'.

For now, though, it is also worth observing those initiatives for which we do have costings.

Implementing the Gonski recommendations for education could ultimately cost an estimated $5 billion/year. Although the Gonski report itself suggests the Federal Government would only have to pay for 30% of the Education initiative ($1.5 billion) – with $3.5 billion shouldered by the States.

Detractors have attempted to conceal their own vested interests with calls of 'class warfare', but the reality is that 'class warfare' has been waged not against the wealthy, but against poor and mainstream working class Australia with the neglect of public education and health care, and increasing dependence on levies for essential school infrastructure which are 'voluntary' in name only. The appeal of Gonski is in its emphasis on all students, including those most struggling – with a further emphasis on improving state school funding, but without withdrawing existing funding from the private sector. Implementation of Gonski would mean improved infrastructure, smaller classes, more teachers and more subject choice for all schools.

Meanwhile projected public dental initiatives have variously been estimated to (ultimately) involve costs running into the billions annually. Apart from crucial equity and human interest ramifications of universal public dental care, preventative public dental care could save the economy billions over the long term. Though according to the proposal put to Labor by the Greens the first phase of new public dental programs– focusing on the needs of children and low-income groups - need only cost the government $400 million for the upcoming financial year, and as much as "$8.4bn to $14.4bn across four years, depending on the options chosen".

The final expenditure priority we will consider, here, is Aged Care.

Much more is needed,yet nonetheless by shifting its priorities and implementing means tests an improvement in service will be experienced by many.

While $1.2 billion has been devoted to providing better salaries and conditions with the aim of retaining aged care staff, user-pays mechanisms will not include any forced sale of the family home. User pays charges will apply for many – both for residential and at-home care. But full pensioners will pay no fees.

There will be 40,000 new home care places (Up to 100,000), relieving the impact upon the Aged Care budget of expensive residential care, while providing many aged Australians with the preferred option of staying at home. Further initiatives include $269.4 m for dementia, $1 billion for Carers' Respite (over several years) and the removal of the low care/high care distinction - which in the past saw aged Australians diverted into high intensity care facilities prematurely in order to save money. The 'My Aged Care website' is another good initiative, and the government has wisely avoided a 'free market in Aged Care'. Many amongst the aged are vulnerable and on their own enjoy little consumer choice or market power. ('The Age', 21/4/2012)

Yet again the initiatives go nowhere near far enough.

The Combined Pensioners and Superannuant's Association New South Wales (CPSA – NSW) has long argued for a Aged Care 'social insurance' model. While CPSA NSW is encouraged by the government's emphasis on at-home care, however, those most in need do not always have the choice. Billions in new funding are necessary to improve the quality of residential care, and to give the aged the choice of high quality low-intensity care in a social environment. (eg: hostels) Staff to resident and nurse to resident ratios are also crucial that those needing high intensity care.

And even for those remaining at home more programs are necessary to keep aged Australians socially engaged, and happy.

The problem with Aged Care is that for many it remains a 'hidden issue'. Aged Australians are suffering – for lack of care; because of poverty; because of social disengagement; and because of the dehumanisation and loss of individual identity that often goes with high-care accomodation.

As an absolute minimum Labor needs to devote an additional $1 billion for Aged Care in the financial year 2012-13; and announce a progressively-structured Aged Care Social Insurance Scheme over the long term – similar to the agreed 'National Disability Insurance Scheme' (NDIS). (covering care, but not pension entitlements) Specifially this author challenges Government Minister Bill Shorten to champion this cause – no less worthy as it is – as he championed the cause of disability insurance.

There are sound political arguments for Labor's pursuit of a surplus in the year 2012-13. The level of economic debate in Australia is for the most part quite low. The perspective on the Federal Budget is akin to peoples' ideas on managing a family budget. Hence apparently 'The books must be balanced'. But failure to produce a surplus will result in opportunist media-grabs by the Opposition – which irresponsibly maintains popular mythologies on economic management in order to hold on to political advantage re: perceived competency.

Deeper arguments and realities do not always 'sink in'. Media speculation about the political imperative of a surplus is usually shallow and uncritical. Many voters do not seem to comprehend that investment in infrastructure can increase capacity, improving quality of life and increasing growth over the long term. And there are those who do not seem to see how stimulus is still warranted in many state economies as a consequence of the high dollar, and with falling confidence alongside the decline of tourism, education and manufacturing. Nor how lack of transport infrastructure in developing suburbs is a drag upon the broader economy – making investment there not only sustainable, but of positive benefit.

On the other hand Jessica Irving from the Sydney Morning Herald predicts that after already-projected cuts Swan will needto "raise taxes by $7 billion to achieve his surplus." And also that: "Tax increases on foreigners earning profits in Australia, say mining companies, would also have less of an impact on domestic demand, as would reduced spending on foreign-produced defence equipment."

Were the revenue proposals in this article adopted, alongside other measures suggested by Irving such as increased taxation of foreign profits in mining, that could still leave $15 billion for social programs, while the surplus was achieved.

But regardless of the perceived political imperative of a surplus for 2012-13 Labor still needs truly substantial policy initiatives if it is to re-engage with voters who have 'switched off' or 'turned away' after almost two years of sustained media onslaught. This can only be achieved with a commitment of resources which is truly substantial and appreciable in the 'big picture' of an economy valued at over $1.5 trillion.

Yet if Labor does produce such initiatives it might also manage to rally its own base, as well as the sympathetic social movements which could provide for social base for a real fight-back; and perhaps even a Labor victory in 2013.


Tristan Ewins is a freelance writer, qualified teacher and social commentator based in Melbourne, Australia. He is also a long-time member of the Socialist Left of the Australian Labor Party (ALP).
Posted by Vaughann722 at 7:41 PM