Jordan Peterson Gets it Wrong Again on Inequality 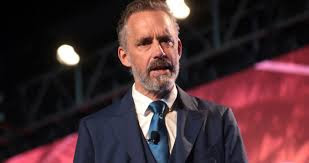 Jordan Peterson has made another intervention ; arguing against ‘equity politics’ as opposed to what passes for ‘equality of opportunity’ in Western societies. For his own purposes he defines ‘equality’ as ‘equality under the law’ and ‘meritocracy’ as far as it has progressed in Western society.  (we could also add free, universal and equal suffrage ; amongst whose most early ardent advocates were socialists)

By contrast ‘equity’ is argued as inferring ‘equality of outcome'.  (for some the goal is even role reversal)

Because the main focus on the Left these days appears to be gender, Peterson focuses on gender also.  Along the way he makes some interesting points. (and also some shallow, Conservative assertions)

Amongst the “interesting” points:

But in response: it is legitimate to break down barriers to women’s (and men’s) participation in non-traditional realms ; without creating new stereotypes, disincentives and barriers for either sex.

Peterson argues that “the Equity Doctrine” “has gone too far”. He seems to assume that ‘Western meritocracy’ is the best system ; with (in fact extreme) inequality as functional to the creation of prosperity.

But many Socialists themselves have assumed ‘perfect equality’ is unachievable and undesirable, even under socialism.  Social Democratic Marxists Karl Kautsky and Eduard Bernstein variously made that point that for the foreseeable future there would remain differences of remuneration based on skill, effort, and the undesirable and unpleasant nature of some labour.

Whatever you think of ‘communism in practice’  the ultimate (theoretical) ‘communist goal’ assumes free and non-alienated labour ; where there is abundance ; and labour has become ‘life’s prime want’ ; and diverse and fulfilling in nature.  This principle can inform policy today ; but without true abundance it cannot be fully realised.

There are other questions as well.  Such as ‘co-ercive laws of competition’ as they apply not only to enterprises, but also to nation-states.  (competition can drive less desirable labour and social conditions) And resultant economic forces mitigate against the retreat of alienating human labour.

Further, the welfare state itself demands an economic base ; and as the Swedes showed , this was best supported by policies ensuring full employment.
In practical terms, though,  those socialist principles can be furthered through educational, social and cultural opportunity ; voluntary job rotation ; a reduced working week and opportunities for fulfilling voluntary labour.  And the viability of which can be supported by a strong social wage, and regime of social insurance.

Peterson argues “the Left can go too far” ; and he mentions the Soviets ; Maoists ; the Khmer Rouge, Cuba and today’s Venezuela.  What this has to do with the feminism he discusses (which seems to be his central focus) is lost on this writer.  Also missing in this grandiose dismissal is any consideration of ‘capitalist atrocities’. Wars such as World War One with tens of millions killed; the massacres of over half a million in Indonesia in the 1960s ; and over 300,000 in Guatemala in the 1980s.

To that we could add atrocities and oppression elsewhere in Central and South America.  And the War in Vietnam ; which spilled over into the US bombing of Cambodia and Laos ; destabilising Cambodia with the consequent rise of the Khmer Rouge.

And indeed while the current Venezuelan Government is not ideal, its developing inclination to repression is informed by foreign intervention and destabilisation, including sanctions and direct support for an usurper against the elected government.  Venezuela’s actual policies (support co-operatives ; support for public education, housing and health ; socialise oil profits) are not at all ‘extreme’ in the ‘wide sweep’ of history.  Venezuela’s future must be decided by the Venezuelans (UN involvement in elections may be acceptable)  ; and not by US intervention.

But the real problem with Peterson, here, is that any robust democratic socialist program is associated with ‘the Left going too far’ ; and hence rejected out of hand.  Peterson assumes an essential link between socialism and totalitarianism which does not stand up in the face of various other examples ; such as the Austro-Marxist experience between 1917 and 1934.

The connection Peterson tries to draw between the ‘equity politics’ he discusses – and Stalinism – is also threadbare.

To conclude ; some ‘equity’ policies – such as quotas applied to representative government – may be workable and desirable ; but too cumbersome to introduce to every sector of society.  And it begs the question why we are not considering the place of social class in all of this.  Which is the main factor in discrepancies of economic and political power.

Also, the most efficient correctives for inequality may well go beyond quotas.  For instance ; Subsidies for ‘feminised’ sectors such as Aged Care and Child Care which typically involve exploitation.  Or comprehensive universal and socialised health care.  A regulated labour market and industrial liberties.  A fully funded and first class public education system, including free Tertiary education. And the opening up of ‘education for active and critical citizenship’ to everyone ; including a balanced consideration of the entire political spectrum, and the promotion of political activism for a healthy democracy.

Again as Sweden demonstrated during its ‘golden age’ : a strong and comprehensive welfare state, social wage, social insurance regime – can provide for real social security and happiness.  And that social security also makes it easier for industries to modernise ; with transitions ‘softened’ by re-education and training ; and by active industry policies which seek to maintain full employment ; and create new jobs for displaced workers. (where possible making the most of existing skills sets.)

Peterson tries to construct some simplistic opposition between “equal opportunity/meritocracy” and “equity/equality of outcome”.
In fact there is a ‘democratic socialist middle ground’ here.

Meritocracy and equal opportunity are often myth-like.  Schools are not equally-resourced.  Class often dictates educational opportunity.  Gross inequality results in a ‘capitalist aristocracy’ dominated by billionaires – who have political access and influence ordinary citizens can barely dream of.   The heights of power in the US particularly are influenced by nepotism and private fund-raising. (by capitalists)

Meanwhile, in the US especially a ‘middle class’ is constructed as a political support base ; but even these could be rendered destitute through unanticipated health expenses where there is not sufficient health insurance.

The postulated ‘middle class’ (much of which is working class in fact) is ‘disciplined’ through fear of descent into the working poor  (Walmart pays $11/hour and that is a big improvement on the past ; the federal minimum wage in the U.S. [is] $7.25 ) ; and the working poor are ‘disciplined’ through fear of descent into utter destitution.

Further ; to provide a more ‘global’ perspective: In early 2019, Oxfam claimed that the World's 26 richest people own as much as poorest 50%.

With appropriate social wage, welfare and social insurance policies ; as well as labour market liberties and regulation ; and a genuinely and strongly progressive tax system ; it is possible to have much greater equality without resort to ‘extremes’.  The establishment of a robust mixed economy, and support for co-operative enterprise ought not be rendered ‘marginal’ either ; and the Mondragon experience in Spain is instructive.  It is also arguable that such combined policies can be more effective than cumbersome quotas applied to every aspect and corner of society. Though in certain instances gender quotas have proved very effective ; for instance in promoting women’s representation in Australia’s Parliamentary Labor Party.

In short ; Peterson tries to construct an opposition between ‘equality of opportunity/meritocracy’ and ‘equity/equality of outcome’.   He ignores any potential ‘democratic socialist middle ground’; and he virtually ignores the aspect of social class which is fundamental to economic inequality ; and crosses lines of gender, race, ethnicity and so on.  His resort to examples of Stalinism and Maoism is shallow and simplistic. It is true that parts of today’s Left deter internal dissent through the threat of ostracism ; and sometimes it is taken too far.  But with regard the ‘democratic Left’, Peterson’s references to Stalinism and Maoism would appeal only to the easily convinced and Ideologically prejudiced.

Here’s to genuine equality of  opportunity ; and to such a degree of economic equality that would put paid to the ‘the capitalist aristocracy’ ;  lift working people up from exploitation and poverty ; and empower ordinary citizens in democracy.