In the Wake of the Greek elections: Is there a way out of the Recessionary Spiral? 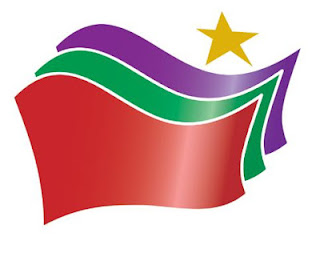 above: The Symbol of the Rising SYRIZA Left-Coaltion in Greece

In this article Tristan Ewins discusses the aftermath of today's Greek Election. Debate very welcome here - and at our Facebook page. See: http://www.facebook.com/groups/58243419565/

There is some interesting analysis of the Egyptian and Greek elections over at radical-left blog 'En Passant'. Here at “ALP Socialist Left Forum” I would like to take a moment to consider the consequences of the election in Greece – and alternative ‘ways forward’ – out of the depressive spiral which is engulfing much of Europe.
(See: http://enpassant.com.au/2012/06/18/greece-and-egypt-a-tale-of-two-elections/ )

In Greece, specifically, the Conservative “New Democracy” Party is set to form government – but with only approximately 30 per cent of the total vote. As a consequence of the specifics of the Greek electoral system the largest single party receives a 50-seat boost. This makes it very likely that New Democracy will attempt to ally itself with the pro-austerity PASOK. (Pan-Hellenic Socialist Party)

Nonetheless PASOK has historically supported a more moderate approach to austerity: the consequence of which must mean that any new coalition government between New Democracy and PASOK will see bailout conditions re-negotiated to “slow the cuts [and] introduce more generous unemployment benefit.” (See:http://blogs.telegraph.co.uk/news/danielhannan/100165822/another-non-result-in-greece-how-much-longer-can-this-go-on/ )

But in any case - it would be ‘the same poison’ of recessionary austerity - even if a milder variety.

At ‘En Passant’ John Passant further reports that while “left-wing radical group SYRIZA came second with just under 27%”, PASOK received “a little over 12%.” Meanwhile, “the Democratic left, a moderate split from SYRIZA on just over 6% and the KKE, the Greek Communist Party [managed] about 4.5%.”

The fascist, so-called ‘Golden Dawn’ party was thankfully contained on just under 7% of the vote: but it is nonetheless a significant precedent and could bode ill for the future.

The division of the Left in Greece has therefore been crucial for the Conservative victory. Had SYRIZA maintained internal unity it clearly would have emerged as the largest party in the Greek parliament rather than ‘New Democracy’. While the Left broadly defined was a hair’s breadth from securing a majority of votes, the additional 50 seats that would have been delivered to SYRIZA in the event of maintained internal cohesion would have been enough to deliver a clear Left victory. The Greek Left needs to think upon this should continued instability create another opportunity for a Left majority in the near future.

According to one website, SYRIZA leader Alexis Tsipras “called Samaras to congratulate him but later rejected any notion of dealing with New Democracy or PASOK.” Tsipras stated:

“We shall be present in any developments from the position of the main opposition,” he said, stressing that that “everyone must know that the measures of austerity and the selling off of state property will not be able to move forward because they lack popular legitimacy.” http://greece.greekreporter.com/2012/06/17/final-exit-polls-show-new-democracy-leads-syriza-in-tight-race/

The refusal of SYRIZA to deal with PASOK leaves PASOK in a potentially fatal union with New Democracy. Without very substantial re-negotiation continued austerity in Greece will see ongoing unemployment, poverty and even homelessness. The privatisation agenda, meanwhile, is blatantly Ideological. By maintaining its distance from the austerity policies of a PASOK/New Democracy government, SYRIZA is likely to rise as the main beneficiary at the next Greek election; more decisively displacing a relatively marginal PASOK. This is exactly why PASOK is refusing to agree at this point to a coalition without the inclusion of a very reticent SYRIZA.

One online news source has reported that:

“The results should bring a sigh of relief to Greece’s lenders, the Troika of the European Union-International Monetary Fund-European Central Bank (EU-IMF-ECB) who provided Greece with an initial bailout two years ago of $152 billion and approved a second in February for $173 billion more, but said it depended on Greece continuing with more reforms, including privatization and another $15 billion in cuts.”
http://greece.greekreporter.com/2012/06/17/final-exit-polls-show-new-democracy-leads-syriza-in-tight-race/

Rejecting the assumptions of this reporting, however, what is the answer for Greece?

“Unemployment Is running at over 22% and for the young it is approaching 50%. Growth fell last year by up to 7% and is predicted to fall again this year by around the same or slightly less.”

Firstly – as these figures demonstrate, a recessionary spiral is NOT the answer. Greece – as well as other affected countries such as Spain and Italy – need a plan for socially and economically sustainable debt repayment over the long term. Though this author does not claim to be an authority, it seems rational that if privately-financed bonds cannot provide Greece and other countries with fair repayment rates and schedules, then Europe as a whole needs to step in collectively at a public sector-financial level. As recognised above the IMF, European Union and European Central Bank are already providing a bailout. But this bailout has been offered under the wrong (ie: recessionary) terms.

Greece is currently caught between the toll of an eroding credit rating – with spiralling debt-repayment levels enforcing a macabre ‘discipline’ – and the real economic and human cost of austerity and enforced recession.

As an alternative, Greece’s effective credit rating needs to be fully restored in return for ‘locking into’ a European ‘economic contract’ aimed at restructuring the Greek economy, and repaying debts in the most efficient and sustainable manner possible – under conditions of full employment.

Only Europe-wide planning and co-ordination, now, can provide for such a process of restructure – mobilising the capital and the skills necessary to forge new and sustainable export markets – maximising that potential for debt-repayment under conditions of full employment. This applies as much for Spain and Italy as it does Greece.

The alternative is recessionary austerity: again with the consequence of homelessness, deskilling, poverty – in short, social and economic disintegration.

From 1929 until the dawn of the Second World War the world suffered a Depression the consequences of which radicalised a generation, and with the experience of war-time economies entrenched a Keynesian orthodoxy, providing the basis of the Post-war boom. With SYRIZA refusing to join a unity government the battle in Greece is far from over. Do we really have to learn all the old lessons over again – with the associated toll in human misery?