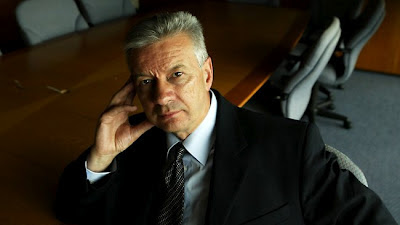 
In this week's Left Focus Post we talk about Labor Left Senator Doug Cameron and welfare/social wage initiatives; As well as Labor's survey of supporters and members. Have your Say!!!

PART ONE: Doug Cameron Speaks Up

There was an Interesting statement from Doug Cameron in The Age yesterday – with the prominent Labor Left Senator and Left Convenor arguing for $11.5 billion in tax reform to provide for the National Disability Insurance Sceheme, ‘world class’ Aged Care and Gonski education reforms.

This is *very* welcome even though it is only half as much as we have long campaigned for at Left Focus. The priorities of NDIS, Gonski and Aged Care are very welcome. But arguably we need *more* ambitious and open voices on the ALP Left - arguing for a more ambitious agenda. $11.5 billion – or 0.75% of GDP - in new social programs would be the greatest ‘steps forward’ Labor would have taken in years. (which says something, because in the ‘big picture’ it would be a modest initiative)

But a quick look at the math demonstrates that $11.5 billlion is not quite enough. Ultimately the NDIS will cost about $7 billion; and Gonski would Cost $5 billion. And if presumably we're *serious* about improving Aged Care and removing regressive user-pays mechanisms - several billion would be necessary there also. So let's say we need at least $16 billion to achieve our ends here. That would require tax reform to the tune of 1% of GDP - 25% more than what Doug Cameron is proposing. If Labor were to achieve this then we would be bedding down some very serious reforms.

Yet if we wanted to be more ambitious still - and arguably more electorally viable (not less) - then let's assume we also require more Federal funds to bridge the fiscal gap and prevent the slide towards privatized infrastructure - including the private energy infrastructure which is driving a Cost-of-Living crisis. And Cost-if-Living is *the* big issue out there.

Even in the context of increased purchasing power those saying that ‘Cost of Living is not an issue for Labor’ need to take a second look. Consumer purchasing-power has had a temporary boost as a consequence of low interest rates and a high dollar. But this is in the ‘big picture’ of a declining wage share of the economy. It’s also in the context of an increasingly bi-polarised workforce – with many in poorly paid, insecure work.

The reason this is so objectionable is because we have consumers hurting across the board – but it is NOT NECESSARY.

Over at the ‘Labor Green Alliance’ Facebook Group, Labor supporter Matt McLeod has made well-intentioned claims that Cost-of-Living is “an opposition play”, and that we would be better off targeting assistance to the poor, and reining in “middle class welfare”. My response is simply that we can do ALL these things.


A simple shift to public finance of new energy and water infrastructure would mean many things. Firstly competitive Federal Government borrowing rates would instantly and dramatically reduce the cost of raising funds for new infrastructure. It would also mean that the cost of new infrastructure could be staggered over many years through the gradual repayment of competitive public-sector loans. Hence inter-generational equity. And in such a way, also – in the context of progressive taxation – the method of payment, here, would also be much fairer than if left to ‘the market’.

Cost-of-Living pressures CAN be ameliorated greatly with a rejection of privatisation. If we (Labor, the Greens, progressives more generally) “vacate the field”, though, we can be certain that the Coalition will fill that space with ingenuous and deceitful claims about the Carbon Tax. And if we don’t have our own credible narrative in response – then they will ‘tear us apart’ on this issue even if they’re lying through their teeth.

I'm not sure how much it would cost to bridge the fiscal gap re: infrastructure but I do know this. An increase of Federal taxation by 1% of GDP would provide the necessary funds for Gonski, Aged Care, the NDIS. On top of that action is crucial on the cost-of-living front. Perhaps this means the best policy would be to embrace an increase in progressively-levied taxation as I have argued for here for some time. (ie: 1.5% of GDP; or $24 billion in a $1.6 Trillion economy)

As a minimum we need $16 billion for the first three initiatives. Doug Cameron has taken a big step forward the other day with his announcement. But we need more ambitious mainstream voices in the ALP to turn this into reality!!! And we need to 'get the message through' to the Right that this is not 'day-dreaming'. It is absolutely essential that Labor *deliver* clearly and unambiguously ahead of the next Federal election. We need something that will shake voters out of their cynicism and disengagement – In a good way, not a bad way, of course.

Hence: $16 billion for Gonski, NDIS and Aged Care. And more for action on Cost-of-Living via public finance of infrastructure.

And no butchering of existing worthwhile programs to pay for it!

Part Two: ALP Member and Supporter Survey – Have you had your say? 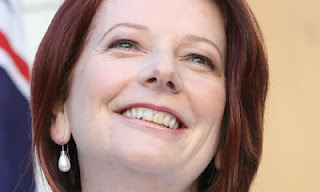 above: Labor Julia Gillard has been promoting a survey of Labor members and Supporters

I wrote the following: (And I would urge progressives to visit the ALP website and have their say also)

Break with 'small government' policies and rhetoric. Gradual expansion of progressive taxation including a more robust MRRT, cutting back dividend imputation, cutting back on superannuation concessions for the wealthy, implementing a 1% Company Tax levy - like Abbott is proposing - but instead diverted into Gonski implementation, and further restructuring income tax. (this also backs Abbott into a corner as he would be reticent about implementing a *second* levy upon business)

A much more liberal National Curriculum - with education for broad ideological literacy and active citizenship.

Re-calibrate "modernised Awards" so no worker is worse off.

Extension of industrial liberties when industrial action is taken in good faith.

More funding for mental health and residential age care; more money for Carers including of the Disabled and the Aged; No User Pays for Aged Care.

Experiments with economic democracy - including co-determination and low-interest loans to establish co-operative enterprise - including producers and consumer co-operatives.

Many of these policies implemented ahead of 2013 election so we have a firm record to stand on - a very strong record of reform; and reforms that will last.

Have you had YOUR say in the ALP Survey? Visit the ALP website and have your say today! And PLS Think about supporting some of the policies I’ve suggested here too!