Abbott Government in Crisis as the End of Year approaches 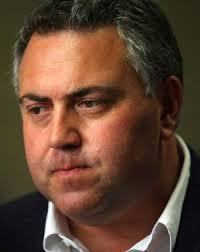 above:  Hockey 'softening us up' for savage austerity next year;  Massive job losses follow in the auto-industry because of Liberals' Ideological agenda....
Tristan Ewins


As the year draws to an end the new Abbott Conservative government is in something of a crisis, perhaps ameliorated only by the favourable treatment it continues to receive in the Murdoch press.  The forced backflip on Christopher Pyne’s planned dumping of the ‘Gonski-derived’ education reforms suggested a government which was breaching its trust with the public even at this early stage.  That the Conservatives maintain the fiction that education standards are purely about teacher quality, and has nothing to do with resources – is simply a smokescreen for a class-driven agenda.   This is also evident in the Coalition’s decision to cut superannuation subsidies for low-income workers – and to shift those resources instead towards superannuation concessions for the wealthy.


More recently, General Motors Holden has made clear its intention to leave the country.  The result will be a loss of economies of scale in the components industry, with the probable consequence that what remains of the auto industry will also cease to be viable.  There is a possible ‘multiplier effect’  here: with job losses in components and small businesses (combined with core auto-industry job losses) adding up to approximately 50,000 jobs gone  (a conservative estimate ), and maybe as many as 90,000.   In this context, government investment of $150 million a year seems reasonable compared with the cost of losing the industry.


Abbott and Hockey have made themselves clear that they (supposedly) oppose ‘corporate welfare’. But the meaning of ‘corporate welfare’ is up for interpretation.  Arguably cuts in corporate taxation, as well as wage restraint, and ‘user pays’ mechanisms for students all amount to a subsidy for corporations with regard the infrastructure, labour and services they benefit from.   But there is little objection from the Abbott government with regard this trajectory.


By comparison the ‘corporate welfare’ Abbott refers to has been characterised by Labor shadow-minister Kim Carr as an ‘investment’.  Perhaps the truth with regard the auto-industry was somewhere in the middle.   There was an effective subsidy – but the government and the people received much more in return than what they lost.  Again: because of a positive economic multiplier effect flowing on to communities, businesses, government, citizens – from relatively high wage manufacturing jobs, and the strategically important capacities involved.


Abbott will try and shift the blame to Labor now.  Already we are hearing about Labor’s ‘reckless spending’ as a trigger for savage cuts.  But it is Abbott and Hockey who have chased the auto-industry out of town; and they must take responsibility for the falling employment and the falling revenue which follows.


All that said: it is not as if they didn’t have options.  The floating dollar could have been temporarily suspended – and maybe pegged at 75 cents US – to bolster struggling industries – also including tourism for instance. But this was ruled out for frankly ideological reasons.  And there are plenty of revenue options to plug the structural deficit without savage cuts.  Hockey’s admonition that ‘no jobs were ever created by raising taxes’ is ridiculous.  Contrary to neo-liberal ‘common sense’ public sector jobs in health, education, welfare, public works/infrastructure – ARE ‘real jobs’.  And for instance funding cuts to Centre-Link will result in waiting periods for clients of over one hour for advice and service.   Probably the ‘welfare bogey’ will receive special attention now – as the government seeks to vilify the most poor and vulnerable in order to pay for its ‘big ticket’ policies like Parental Leave, and Corporate tax cuts.


It’s also interesting how amidst all this the Conservatives are considering raising the GST.  Perhaps they realise that things cannot go on as they are – because of a huge infrastructure deficit – that will hurt business and not only workers and consumers.  And yet they have an Ideological opposition to progressive taxation.  Again: for all their talk of Labor and ‘class warfare’, it is the Conservatives who have the class agenda.


Meanwhile Qantas is also on the brink.  Qantas is important not only because it is ‘iconic’, but for the practical reason of having reserve air lift capacity.


Unfortunately the ideological climate is not supportive of nationalisation.    But arguably the Holden brand could be re-acquired, and workers convinced to take a partial stake in a revivified Holden by degrees (paid for through a wage-restraint deal), re-orientating towards the production of smaller, cheaper, energy efficient vehicles.  The result would be a joint co-operative/public enterprise.   With the support of the federal government, theoretically at least Holden could play a trail-blazing role in developing energy efficient, environmentally friendly transport.  But we have an Abbott government, and frankly even under Shorten Labor such a scenario would likely remain ‘purely theoretical’.


But there are also other reasons behind the Abbott Conservative government’s attempts to ‘soften us up’ for savage cuts next year.   To begin with the Howard era tax cuts had locked in a structural deficit; and the situation has been made even worse by the current government’s decision to slash the mining tax, and to significantly cut back Company Tax.  Then there are instances of ‘middle class’ and even ‘upper middle class’ welfare; with the elimination of private health insurance means tests for upper income earners for instance. Also notable, here, is Abbott’s plans for Parental Leave on full pay for the wealthy; potentially paid for through cuts to the National Disability Insurance Scheme. Finally – both Labor and the Liberals refuse to touch superannuation concessions for the wealthy – whose removal (for the top 5% alone!) would rein in at least $10 billion (Richard Denniss’s figure). And depending on the scope of measures (eg: perhaps removing concessions from the top 15%) taken – perhaps even $20 billion.  (a rough estimate)


Also interesting amidst all this is a shift in the media (especially the Herald-Sun) and the rhetoric of the Napthine Conservative government in Victoria – to ‘get tough’ on East-West link protestors and ‘make them pay’.   There is a real danger, here, of a gradual reversion to the kind of draconian laws that were common many years ago under the government of Joh Bjelke-Petersen in Queensland.  If governments escalate civil conflicts by violently repressing relatively peaceful civil and low intensity disobedience actions – eg: pickets, sit-ins etc – then  Australia’s relatively liberal political culture could be sacrificed, leading to a culture of fear and intolerance – cultivated by the monopoly mass media.   For the Conservatives especially – there is a choice between liberal conservatism – or outright reaction.  Politically liberal conservatives especially should be raising concerns about this escalation of intolerance and repression.


And yet there are objections to Victorian Labor’s strategy of paying for transport infrastructure through privatising the Port of Melbourne as well.   Years ago such plans would have provoked protest and hostility on the Labor Left.  Today there is barely a whimper.  As usual with privatisations of this kind the competition that flows in reality will be minimal – even assuming two major ports in to the future.  Consumers could also have to pay over the long term, and it would make more sense for Labor to borrow in order to fund its public works agenda.  Yet this is also ‘ideologically difficult’.


As the New Year approaches, though: at least amidst all this it is cause for hope. Hope that Abbott’s administration  could well turn out to be a one-term government.   To make that a reality, however, what we need now is a Federal Labor Opposition which stands up on tax reform , distributive justice, infrastructure and services, civil rights.
Posted by Vaughann722 at 5:53 PM