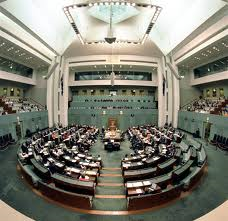 Leninist Marxism  had a traditionally hostile attitude towards parliamentarianism – with parliaments dismissed as ‘talking shops’.  Though for earlier Marxists at least parliament was seen in the vital role as a ‘barometer of the class struggle’.

There is a certain irony here, as 19th Century Marxism had long championed universal and equal suffrage as a vital reform for ‘gaining a foothold’ in the executive wing of government, and as part of a broader process of revolutionising the state apparatus.   The structuralist Marxist, Nicos Poulantzas specifically was to refer to ‘the logic of class struggle’ imprinting upon ‘the state field’.  (which involves an importantly diverging connotation when compared to the alternate concept of the state purely in the sense of an ‘instrument’)  Problems arose, however, when socialist reformists began to apprehend the state power as a ‘neutral instrument’ which they could simply “lay ahold of” (Lenin) by virtue of a majority - in implementing their reform agendas.

Certainly, Kautsky’s idea of an  “energetic shifting of power relations in the state” (find ref)  – while vague – tends to suggest something more than instrumentalism.  (Kautsky, The Road to Power, p 16, pp 71-72) .  And while Kautsky  comes in for criticism from modern-day would-be Bolsheviks, “Class neutrality” is the commonly accepted theory today – and is even more of a simplification…
To do them justice, ‘orthodox’ Marxists such as Kautsky and Martov were well aware that the state in bourgeois societies was far from a ‘neutral channel’, and still less a ‘neutral instrument’. They posed a political revolution as the means of democratising the state.  In Kautsky’s words, this would involve a “great decisive struggle” where the proletariat “grow[s] immensely” and acquires “a dominant position in the state” through democracy.  Though as we have noted – that in itself was a far more ambitious goal than a mere parliamentary majority.  (Kautsky; The Road to Power p16, pp 71-72)

For orthodox Marxism, the need for political revolution was such that only the social democratic consciousness of the organised working class would enable it.  Hence the usual opposition of ‘social democratic’ consciousness and methods with those of ‘pure trade unionism’.  This distinction was carried forth into the 20th Century by radical social democrats and Bolsheviks alike, and still retains a certain usefulness.  It is an important legacy.

As Mouffe and Laclau explain, the resulting presumption of “a privileged role for intellectuals” influenced Lenin.  Yet by contrast they hold that “according to the Spinozist formula (ie: structuralism, materialism), its sole freedom consists in being the consciousness of necessity.”  (Mouffe and Laclau, pp 15-20)   And Kautsky’s philosophical materialism is undoubtedly in the philosophical materialist tradition.  Hence a crucial variance between Kautsky and Lenin.
In reality parliamentarism has involved a mixture of roles .  Over decades, for instance, Swedish social democrats were to deliver a solidaristic society – a kind of ‘good society’ in a ‘hybrid system’ based on deep and extensive social solidarity .  This involved ground-breaking reforms – especially around welfare provision, full employment; and trade unions with saturation-levels of coverage; as well as corporatist structures of consultation.  Rather than a mere ‘talking shop’ Swedish social democratic parliaments – backed necessarily by a strong and mobilised social democratic and labour movement – delivered real gains to workers, and to the vulnerable.  And yet when the Swedish Social Democrats finally embarked on a program of effective industry socialisation via wage earner funds in the 1970s, limitations of the model began to seem apparent.  The power of big Swedish capital – long co-opted within corporatist structures – was unleashed with a ‘turning of the tide’ and a slow retreat for Social Democracy – which is still going on to this day.  So while parliament need not comprise a mere ‘talking shop’,  nonetheless on its own it does not allow reformers absolute freedom. (regardless of who holds the majority)  Parliamentary systems and ‘parliamentary/party-political democratic actors’ are constrained and conditioned by capitalist economic systems – national, and increasingly global; as well as by the interventions of capitalist economic ‘actors’ .
Parliaments – and the state powers on which they rest – are marked by the broader social and economic contradictions within which they are embedded.  Yet again – ‘structure and agency condition each other’, and collective will formation can challenge the interpenetrating logics of these social systems and structures.  But capitalist systemic imperatives – exploitation, accumulation, expansion – are dominant – and even assuming an interplay of voluntarism/agency and system/structure – attempts at socialist collective will formation are an ‘uphill battle’.

But reforms won through struggle – and retained through struggle - eg: socialised medicine, industrial liberties and rights, welfare – are all of real-world value to the exploited, the oppressed and the vulnerable.

Parliaments – while valuable – are not ‘the be all and end all’.  There is always a need for extra-parliamentary organisation.  And there will be times when the class struggle (and other struggles) run ahead of their representation in parliaments.   Questions of whether to ‘press ahead’ with struggle regardless are necessarily strategic in nature; though the question of minority liberation versus majority rule is also a values-based dilemma. Again: the Austro-Marxist example shows how dual power can be the condition of effective parliamentary democracy.  So despite their potential value, parliaments need to be considered in the broader context – of the balance of class (and other) forces – and of meaningful inroads of democracy into ‘the state field’.