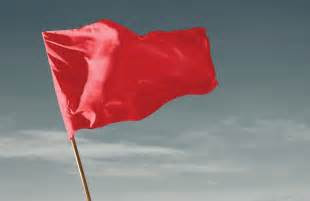 This is a response to comments at the ALP Socialist Left Forum Facebook page where contributors argued to the effect that Labor is "a party of government" ; that being a defining difference between us and the Greens. But do we sometimes take compromise too far?

I'm hoping this leads to some genuine debate.

As we argue in the ALP "We're a Party of Government".  But how do we govern? Do we press democratic socialist reform as hard as we can? Do most of our MPs even believe in democratic socialism anymore - let alone talk about it openly and publicly? Do we walk the best line between opportunism and self-destruction? Or are we too opportunistic?

There have been improvements under Shorten ; for instance action on Negative Gearing. But we need more ambition. For instance - aspire to raise progressively sourced revenue by 5 per cent of GDP over several terms ; to fund progressive social wage and welfare state initiatives from that. To remove regressive policies such as superannuation concessions for the unambiguously well-off.  (including the upper middle class) And re-regulate the lower end of the labour market.

The Greens can make proposals they will never have to implement, yes. Though the inverse of that is that they say things we feel we cannot ; Whatever their flaws (there are many ; including the occasional distortion of the truth to better their position as against us in marginal inner city seats) - at least it adds to debate and puts more radical ideas up for open deliberation.

But there is a long history of regressive tax restructuring and tax cuts ; privatisations ; deregulation and user pays ; capitulation to the Ideology of small government.

As the Socialist Left we are meant to be the main internal obstacle to opportunism in the ALP ; and the main impetus for democratic socialist reforms.

We need more policy and ideological ambition ; but to further this we need tolerance and acceptance of internal debate and the rights of our rank and file to mobilise around socialist ideological and policy agendas.

We look to SL MPs to lead and inspire ; but they are also caught in a bind ; in Canberra they represent the Party ; they compromise heavily when pressed if that is what is dictated by the ambition of taking government in the midst of disinformation from the media and elsewhere.

Yes compromises need to be made. But do we take it too far? And if we don't maintain a robust internal culture and a more general counter-culture - how long before we abandon socialism entirely? How long before young small 'l' liberal activists declare 'the Emperor has no clothes' ; Because we mouth platitudes about socialism - but so many of us no longer know what it means. Already many speak of 'the Left' and not only 'the Socialist Left'.

The relative centre has shifted in this context where progressive ideas were seen as a 'threat' to the dictates of opportunism. Internal discipline and structures of patronage will not save the cause of socialism ; the ground will shift under peoples' feet ; and what remains of the radical edifice will collapse. Unless WE stop it from collapsing ; by working to restore a socialist counter-culture within the Party ; within the Left ; and more broadly as well.

And if we see the job of building a counter-culture as the work of a Party and not of a Faction ; Well what happens when there is no one significant left to do that job? What happens is that our ideological and cultural base is eroded until there is nothing left. Or we are only a 'tendency' within a much broader ALP 'liberal-left' which views us as an anachronism.

We cannot accept this.  Both the development of a counter-culture and participatory development of socialist inspired public policy are goals we must advance at every opportunity"