Philosophical arguments about religion at Christmas 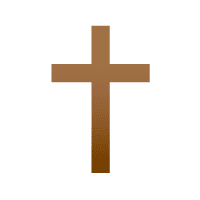 
In the light of the Australian Royal Commission into Child Sexual Abuse some people are claiming a general redundancy of Christianity, or even religion in general. How are we to respond these claims (some even go so far as to claim religion is socially-damaging such as to warrant its suppression)? I will argue that there are philosophical reasons still to take Christianity – and religion more generally – seriously. The response will mainly be philosophical – except to express right from the outset my distress at the acts of the abusers, and my hope for justice and for the reform of the churches.

We might begin by exploring some broad philosophical questions.

It's become 'basically accepted' on much of the Left that atheism (and philosophical materialism) represents 'enlightened' opinion. This is the case in sections of the relative Right and Centre as well. Yet most atheists (most likely philosophical materialists) have no answer for the questions: 'how to explain free-will'? ; 'how to explain consciousness?' That is: except to claim consciousness and free will are simply matters of complexity rather than *quality*. And whatever the source of those - what happens when you die?

Assuming there is not merely some physical 'tipping point' where consciousness arises; how do we explain phenomena which are transcendent and do not make sense in ...the purely 'mechanical' schema of cause and effect?

Marx's view also descended from the Young Hegelian critiques of religion as 'self-alienation' (ie people became 'slaves' to doctrines and 'hypothesised beings' of their own creation). Insofar as some doctrines are purely-human creations there is weight to this critique.

One philosophical position, 'Cartesian Dualism', supposes transcendent properties of mind to explain this. Also in the 19th Century the 'Marburg School' and those such as Hermann Cohen (Neo-Kantians) considered a marriage of Idealist/Ethical and Marxist theory. Perhaps that is still of value today.

So maybe there is an after-life for us. Maybe we die - but some part of us lives on in some form. And if this were so, what kind of existence would there be in this 'afterlife'? What of 'the reincarnation of the soul', claimed, for instance, by Hindus and Buddhists? Do we remember past lives? Is there some kind of 'Heaven'? Are there 'unseen dimensions'? Or is the 'afterlife' as brutal as the natural world, which we have only effectively imposed our wills upon during the relatively brief period of civilised humanity? Perhaps life is like a veritable 'minefield', and certain religions (like Christianity) suggest 'a way through'. Finally possibly there is 'nothingness' for us, or at least a very long rest (perchance to dream?).

Importantly, Christianity is divided on the question of 'spiritual resurrection' or 'bodily resurrection', 'faith versus works' and so on. Some Christians might be concerned that I retain doubt about these and other aspects of the faith. But for me there is an interplay of hope and belief. I admit my faith is not perfect, but hope is better than hopelessness. There is still hope for peace of mind and the kind of good and decent life that might follow from that.

And it's not just the Abrahamic religions which have believed in 'the spiritual' but also a whole host of pagan religions with very complex associated beliefs. From Sumer and Ur to Babylon, to Greece and Egypt and Rome. And also consider other (non-Pagan) religions: Hindus, Buddhists and so on. How is it, for instance, that there are clear similarities, say, between Jewish and Hindu mysticism? Is it really all 'made up'? Or do commonalities suggest different religions may be attempting to apprehend the same reality?

If you approach the philosophical issues seriously it's not as 'cut and dried' as you may think ; no matter how fashionable atheist (philosophical) materialism has become.

Some claim the redundancy of doctrines reaching back over 2000 years and more. For instance, imagine "stoning adulterers" in Western societies today! That said many people have attempted, and are still attempting, to "modernise religion". Consider the Reformation; the response of the Counter-Reformation: and Christian churches' grappling with liberalism and the Enlightenment over hundreds of years now.

Largely (with important exceptions) the response of many Christians has been to liberalise. Though sadly the doctrine of 'Papal infallibility' arguably detracts from the ability of Roman Catholicism to respond to and learn from its mistakes (for instance the sweeping dismissal of socialism in Rerum Novarum).

Maybe one day we will fully understand why ancient and contemporary religions have believed as they have. Assuming there is a 'spiritual realm' maybe one day science will openly apprehend it. The Ancient Greek philosopher Democritus suggested the existence of atoms thousands of years before it was scientifically proven in the 19th and 20th centuries AD. And today science is arguably progressing more rapidly than any time in human history.

Some argue "what use believing in what you cannot perceive?" This was certainly Marx's view. He urged humanity to face the world "with sober senses". And to let go of the "opium" of religious belief. Which he understood as easing the pain of the oppressed while detracting from the cause of liberation in the world (not 'beyond' or 'from' it).

But so long as people don't have definitive answers and are questing after hope you can't blame them for exploring religions! Some may point to 'Pascal's Wager': that there is nothing to lose and everything to gain from believing in God. (I like to think my belief is more than a cold calculation however!) Indeed Marx's position in this regard also rested on an article of faith: that 'reality' was only as confirmed by the senses and that, increasingly, there was nothing left which was 'unseen' (especially given the enormous leaps in scientific understanding which were progressing in the 19th Century ; the century, amongst other things, of the Industrial Revolution). The progressive accumulation of scientific discoveries since Marx's time suggests there is still plenty to be scientifically 'uncovered' even in the 21st Century.

One of the most significant problems with religions is that cynical people will exploit other peoples' sincere search for spiritual truth and hope in order to mobilise those people as a 'power base' in the world. And in a way which was not originally intended by the founders of various faiths. I think there is something deeply wrong with that. Arguably this happens with secular ideologies as well - and pretty much any organised interest or system of beliefs.

As a Leftist Christian I also worry at the possible consolidation of Christian communities as a political power base by the Conservative Right: which can only be facilitated further by those escalating voices of intolerance against the faithful (ie against their liberal right to practice their faith).

So religions are deployed regularly to rationalise bloody conflicts and that has also been the case for thousands of years.

In response Faiths have to engage with each other for the sake of peace and co-existence. Those cynical interests (mentioned earlier) will exploit differences in order to create conflicts and ultimately wars, which determine spheres of influence and power in the world. Innocents more often than not 'get caught in the middle'. They become 'fodder' for the 'power-plays' of cynical manipulators.

But at Christmas I still believe that the 'true' Christian church lives on in people who find God and Christ in their own way. Despite the manipulations that go on (wrongly) in the name of religions.

While I have little to do with worldly churches I still consider myself a Christian. I believe in the "unseen" as well as the seen. And I refuse the extremes of 'worldly' material acquisition: the pursuit of exponentially-increasing personal wealth by a small minority under capitalism.

Marx understood that material abundance could lead to a kind of freedom 'in the world'. Freedom from the need for alienating labour, and hence a recasting of the division of labour, enabling much fuller personal development and fulfilment (personal growth through the pursuit of art, philosophy, science and so forth). In other words "the good and decent life (in the world) for everyone".

That said I reject the waste, exploitation, repression, inequality and poverty that goes with capitalism and the subordination of everything to the endless accumulation of personal material wealth. And I believe there is a basis for this in Christianity.

And I believe that a critique of capitalism itself might be derived from scripture.

And yet perhaps "liberation in the world" alone is not sufficient given the human condition; humanity's striving for hope; and unanswered questions as to "what next?" What of eternity?

Finally at Christmas I consider the following from the book of Micah:

Peace and best wishes this Christmas.

This Essay is Dedicated to my Mum, Amy Ewins : I pray we will meet again.

It was first published at the Australian e-journal 'On Line Opinion' ; published by Graham Young

Tristan Ewins has a PhD and is a freelance writer, qualified teacher and social commentator based in Melbourne, Australia. He is also a long-time member of the Socialist Left of the Australian Labor Party (ALP). He blogs at Left Focus, ALP Socialist Left Forum and the Movement for a Democratic Mixed Economy.