Albanese needs to ‘Step up to the Plate’ and not avoid debate on Aged Care, Health and Welfare Reform 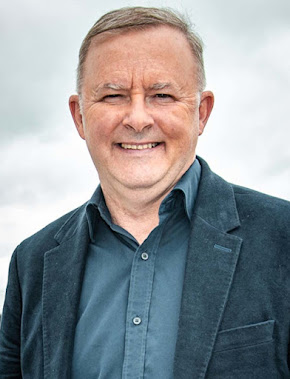 Labor Opposition Leader Anthony Albanese has come under fire from the Conservative Coalition Government for suggesting on the ABC’s ‘Insiders’ program that extra funding may be made available for Aged Care, Health, and perhaps welfare reform. This in a context where billions of subsidies have been provided to businesses due to Covid, and yet many businesses who managed to remain profitable regardless of Covid have simply kept these subsidies provided for them in the form of pure profit.  While the Federal Government ruthlessly pursues welfare recipients over any debts incurred (and even some that have turned out to be unreal), corporations enjoy public money without accountability.

The simple fact is that public spending commitments in social services and infrastructure are not necessarily ‘irresponsible’ or ‘wasteful’.  Often Government needs to invest in the health and happiness of the people to ensure the best outcomes.  What needs to be understood is that social spending is a form of ‘collective consumption’ where we gain a better deal in areas like health by purchasing crucial services more efficiently and collectively as taxpayers, rather than being isolated and fleeced as private consumers.  Medicare and the Pharmaceutical Benefits Scheme are important examples of collective consumption.

Albanese has spoken of the “habitual buck passing” of the Morrison Government on Aged Care.  Failure to attract new workers into the field with fair wages and conditions, and respect for workers ; and failure to ensure necessary staffing levels including the presence of Registered Nurses – remain sore points even after the Conservatives’ response to the Aged Care Royal Commission.  The training, wages and conditions of Personal Care workers who help many elderly remain in the community are also in need of further funding ; and packages must be available to all with the need upon demand ; and without cruel waiting queues.

The reality also is that Aged Care reform needs to go beyond the bare essentials to address broader quality of life issues ; so that in the future Aged Australians with have access to social engagement ; and where those in residential care will enjoy privacy, access to information technology, access to gardens and pleasant surrounds.  They must not just be locked in their rooms or sat down in front of TVs in common rooms all day.  Our vulnerable elderly need social engagement.  Everything from discussing their lives to enjoying games, listening to music, or discussing the issues of the day.  Dementia training is also essential to ensure the best quality of life to those affected ; and those around them.  Quality of food also needs to be monitored closely ; and without meeting staff quota targets, Aged Care workers will remain rushed in the business of helping to dress and shower residents daily ; or may not be able to respond in a timely manner to situations such as where sheets are soiled.  The consequences of under-resourcing have been trauma and suffering for vulnerable aged Australians.

Yes this will cost billions on top of those limited initiatives already announced.  But most of us will grow elderly and frail one day ; and even if ourselves we do not experience this, surely we will have family who are affected by a neglected Aged Care sector.  Rather than backing down, Albanese needs to ‘step up to the plate’ and confidently put the case for progressive collective consumption of Aged Care ; and a much better deal for both ‘consumers’ and for workers in the broader Health sector.

There will also be a significant backlog in waiting lists for supposedly ‘elective’ hospital procedures thanks to the pressure Covid has placed the health system under.  This was already a crisis ; but has been significantly magnified with Covid.  Medicare needs to be extended into dental, optical and prosthetics ; but the broader health system needs to be expanded to ensure timely care, breadth of coverage and quality of care.

Australian of the Year, tennis star Dylan Alcott has also highlighted the high unemployment levels (over 50 per cent) for disabled Australians.  The focus here was mainly on those with physical disability ; but exclusion from the labour market also applies to those with psycho-social disabilities.  Exclusion is a vicious circle which needs to be broken.  Sometimes it goes on for years. Often it is permanent.  Government needs to intervene directly to provide opportunity for all ; and employment needs to be made more viable by lessening means tests for Pensioners in the workforce.  Also there need to be viable career paths, and not merely ‘dead end jobs’.

Importantly, Labor needs to pitch to ‘average’ workers as well.  Labor needs to pitch to the majority to enjoy electoral success ; and provision for equity groups alone will not win government.  Delivering wage gains and improving the bargaining position of average workers in the labour market is important here.  As is a restructuring of the broader tax system: delivering distributive justice outcomes not only for the most vulnerable, but also the majority of workers.  Further ; improvement of the Aged Pension could act as a ‘bridge’ which enhances the case for reform of other pensions. Labor needs to build a ‘bloc’ based on solidarity and mutual recognition rather than allowing the Coalition to ‘Divide and Rule’ – which so often has been the case.

So come on Albo, ‘step up to the plate’.  A ‘small target’ can take us so far ; but as the campaign progresses voters will want a clearer sense of what Labor is going to do.  Labor will need to have answers.  And it must not ‘back itself into a corner’ where it cannot deliver significantly to its constituents.  Early signs suggest some hope.