Luke Whitington on Equality as a Labor value 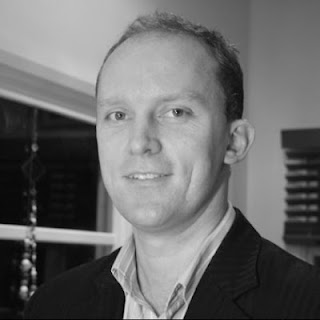 above: Grassroots ALP Left Activist, Luke Whitington
The following is an article submitted by left-wing ALP blogger Luke Whitington on what he sees as the abandonment of ideology in the Labor Party.  Luke believes that attempts to distance the ALP and the Left specifically from socialism in the wake of the collapse of Communism in Europe has left the Party and the Left without an 'ideological point of reference.'   Luke is a grassroots ALP member and at this blog we are trying to encourage inclusive and constructive debate on policy, strategy and ideology on the ALP Left.
We encourage debate on these matters here at the blog, and at our Facebook page.  PLS feel welcome to join our Facebook group if you are an ALP Left member or supporter.
see: http://www.facebook.com/groups/102658893193637/

You don’t hear much about equality as a policy aim these days.

You might hear ‘equity’ or ‘social justice’. The PM talks about equality of opportunity.

But I am interested in good old fashioned equality. “Egalite” as the French say.

‘Australian egalitarianism’, the thing that allegedly sets us apart from our European forebears (those of us that have them), and also our Asian neighbours and American cousins. Only the kiwis, our closest siblings, have the same professed national culture of equality, notwithstanding the many cultures that celebrate equality. We seem to have made it a reality more than most societies, yet we are still very unequal, and getting more so every year, as the rich get richer faster than the poor, who are generally just staying poor, if not getting poorer.

I’m interested in equality for many reasons, but essentially it’s just an instinct for me. I chafe at outward manifestations of rank and hierarchy, and I see unquestioned hierarchies of wealth and privilege as the source of so much pain and suffering in our world. My large family taught me about equality of shares, and the importance of the strong being fair and kind to the weak. My schooling was imbued with these values as well, especially at my infants years at Hornsby Heights PS.

I am an inveterate egalitarian. So the works of Hemingway and Orwell which I discovered in high school, my study of ancient Athens and Rome, the twentieth century and of Australian history, my study of historiography, especially Marxist, post-colonial and transnational history has all reinforced my strong belief in the desirability of equality, and the evil consequences of hierarchies.

It has also given me a perspective on what I describe as self-replicating, self-perpetuating hierarchical systems, such as capitalism, nationalism, liberalism and patriarchy.
My political mission, as I see it, in one respect, is to disrupt the accumulation of power in to the hands of fewer and fewer individuals through these self-replicating, expanding systems of control. Einstein wasn’t kidding when he said the most powerful force in the universe was compound interest. The ability of money to attract money, as as social system, agreed to by so many, either willingly or unwillingly, shapes everything we do, and that system keeps expanding, into the farthest reaches of the world. Either for good or ill, it expands, and those with money already continue to accumulate it.
If you want equality you must confront this fact.

So how does that play out in terms of public policy, especially at a provincial level, in NSW State politics?

Well I believe the first thing we need to do is recognise the problem.

Since the end of the Cold War, people in the Labor Party have essentially subscribed to the Fukuyama ‘end of history’ view, helped by Graham Freudenberg’s history of the NSW Branch of the ALP, which deliberately sought to distance Labor from the communist project in order that Labor would in no way go down with that sinking ship. It has left the ALP, including the Left, an ideology free zone. And this has meant there has been no intellectual comeback to the moves to privatise, cut, outsource, eliminate debt, build through public-private partnerships, ‘rationalise’ and corporatise government departments and instrumentalities, ‘monetise’ education services, health services, wildlife and parks services, generally run the State as much like a capitalist enterprise as possible, in the name of efficiency.

The unwitting consequence is of course that all the human relationships, and our relationship with the land and air and water becomes one of exploitation and hierarchy. Everyone gets used to thinking in terms of structures and titles. That guy is a manager. The other is a worker. She’s on this much and I’m on this much because she is higher up, she earns more money for the enterprise. This land is owned by this state or private owned corporation, and therefore is blocked to you, unless you have our permission. These are all socially constructed, highly contingent relationships, which rely on mental architecture that is ‘naturalised’ in a capitalist, nationalist, liberal system. But there is nothing ‘natural’ about any of it. From a sociological point of view, it is robust because the systems are self replicating. But, as we’ve seen in Greece, Rome, Iceland and elsewhere, when people stop believing that they’re part of an imagined community with rules about ownership and control and proper social behaviour, the whole system can collapse in an afternoon.

If we can understand that power is centrifugal then we can start to implement policies that redistribute power, and stop pursuing policies that help the small numbers of men accumulate a lot of it. We can recognise that despite it being regarded as a natural condition of life and society, capitalist property relations, and nationalist political relations are contingent and historical, liable, like all historically contingent and socially constructed structures, to sudden death or slow decay. So, if we wish to perpetuate our society and our culture, and protect our natural resources and our physical bodies, we must act collectively to control and master the impersonal but impressive systems that dictate so much of what we do. Instead of living ‘under’ capitalism, or ‘under’ a Government, let us live ‘over’ capitalism and ‘over’ our Governments. Let our governments be an expression of democratic control over our systems of wealth creation and trade. And if necessary, let our culture and our society be an expression of democratic control over our governments! Because, for many of our citizens, ‘Government’ has not represented anything helpful or useful to their lives, and in fact has been a threat and a danger to their health and wellbeing.


Luke Whitington is an ALP Left grassroots activist and blogger based in New South Wales.
Posted by Vaughann722 at 4:24 PM