From Privatisation to the GST - Letters of Relevance to Labor 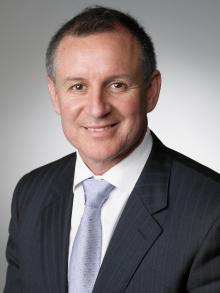 Above:  South Australian Labor Premier Jay Weatherill has Upset an Awful Lot of People in the ALP with his Position on the GST!


Comrades and others; The following are a series of letters I've written over the past couple of weeks - in the hope of being published in The Age, The Herald-Sun, The Saturday Paper...  I'm hoping by republishing them here I can spur further debate.  Topics covered include 'How Federal Labor Must Respond to Jay Weatherrill on the GST', 'Privatisation Now and Then', 'the Holocaust and Cold War Atrocities - Never Forget',  'Why Isn't Shorten Cutting Through?', 'Infrastructure and Population'.  Most of the letters were never published debate here could help make up for that I think! :-)


Privatisation Doesn't Make Sense - Never did make Sense!
The Herald-Sun (27/1) makes a point of the fact the Liberal NSW Liberal Government will have $20 billion to spend following privatisation of electricity.  But it ignores the associated cost of this privatisation.  To pay for private dividends and corporate salaries increased structural costs will be passed on to consumers in full.  Energy will be more expensive – and that includes businesses as well as voters.  Dividends from the energy sector will also be lost to NSW voters – probably forever.  To get a picture of this: The Commonwealth Bank privatisation brought in about $7.8 billion (the total for the sale of the entire business!!!   )after being privatised by the Keating Labor Government.  But in 2015 the Commonwealth Bank registered a PROFIT (for only one year) of over $9 billion!  Meanwhile the Federal Government is having to pay Telstra several billions to access the very pits and wires that were privatised under John Howard.  How has any of this ever been in the public interest?


Dvir Abramovich (Herald-Sun 27/1)  makes some crucial points about teaching young people of the dangers of hatred and prejudice, as epitomised most horrifically by the Holocaust, and the associated industrial scale murder and persecution of Jews, Poles, Russians, Roma, the disabled, and political dissidents. (mainly Leftists)  Such a public education program could be incorporated into a broader critical/active civics and citizenship curriculum reform agenda.  That is: reform the curriculum to empower all students to understand their rights and interests; to commit politically on the basis of their interests and acquired values; and to participate deeply in a truly and meaningfully pluralist democracy.  He also mentions Cambodia, Bosnia, Rwanda and others.  But one aspect that he neglected (unintentionally I believe) was the record of atrocities on the ‘anti-Communist’ side during the Cold War.  Over half a million leftists and trade unionists were murdered in Indonesia in 1965-66. And genocidal attacks during Guatemala’s civil war claimed between 200,000 and 300,000. As well as political mass murders in El Salvador, Nicaragua and elsewhere. Truly we must remember ALL of history’s shameful passages that we do not repeat them.  And that includes those committed ostensibly by ‘our side’.


Why Isn't Shorten 'Cutting Through'?  And how can he change this?

Mark Kenny (28/1) argues Bill Shorten has failed to cut through since the elevation of Malcolm Turnbull as PM.  Yet the Liberal Party stands on the verge of another bout of bitter austerity: of the proportions which brought former Treasurer, Joe Hockey , undone.  For too long Labor has pinned its fortunes mainly to ‘socially liberal’ issues like Equal Marriage: neglecting robust social and distributive justice policies.  Hence the ‘socially liberal’ but ‘economically neo-liberal’ Turnbull has capitalised on the prevalent discourse.  Labor needs to change the prevalent discourse – and quick.  Labor’s strong endorsement of Gonski –  $3 billion on average a year - may show that Labor strategists are starting to learn their lesson. Other options could include more robust reform of superannuation concessions for the well off.  Superannuation concessions may cost taxpayers $50 billion/year by 2019, and Labor should be able to shave $20 billion of that from the well-off. Other areas of tax reform could include no further Company Tax cuts; gradually rescind Dividend Imputation; index the bottom two income tax brackets for fairness.  That could pay for a National Aged Care Social Insurance Scheme, reform of pensions and more, while improving Labor’s economic credentials, reining in the deficit.

The Infrastructure Crisis and Population: A Response to a Herald-Sun Reader
Nola Martin (Herald-Sun, 1/2) blames the transport infrastructure crisis – crowded trains – on overpopulation. Increased population has good and bad consequences.  On one side we will run into difficulty if schools, hospitals, roads, public transport – fail to keep up with population.  On the other hand higher population creates ‘economies of scale’ in the public service, defence and other areas. (ie: we can get away with paying proportionately less there)  But the real problem is that public investment in infrastructure and services – like roads – is not ‘keeping up’ on account of ‘corporate welfare’ and subsidies for the well-off.  Company Tax cuts mean corporations aren’t paying for the infrastructure they benefit from.  And superannuation concessions for the well-off might cost taxpayers $50 billion by 2019 according to Richard Denniss of the Australia Institute.  When there’s not enough public money for infrastructure like roads this also leads to privatisation.  The problem here is since the private sector cannot borrow as cheaply as the public sector, and must pay dividends to shareholders,  the increased ‘cost structures’ are passed on – hurting the entire economy.  But as the Federal Election approaches Malcolm Turnbull is considering more tax cuts. (eg: Company Tax)  When will we learn our lesson?

SA Premier Jay Weatherill and the Debate on the GST; And the 'Revenue Problem' for Health and Education


Regarding his discussion of raising the GST; On the positive side at least South Australian Labor Premier Jay Weatherill IS saying there’s a revenue problem we have and not a spending problem. It’s good to actually confront that issue - and to prioritise health and education. The problem is that he's undermining Shorten on the GST – which could be crucial in the coming election. The best reply Shorten can come up with is promising to address BOTH the revenue problem and the Health crisis - including Aged Care. There are a host of possible measures. Hit superannuation concessions. Gradually rescind dividend imputation. Reform capital gains tax concessions. Rescind negative gearing. Restructure and increase the Medicare Levy. DON'T cut Company Tax.  Shorten has options! Outlining those options NOW - AS OPPOSED TO THE GST can answer Jay Weatherill's concerns re: 'the revenue problem'.   And we can then enjoy serious reform of Education and Health including Aged Care - where tens of billions new funding combined are necessary to make a serious difference. In response to the answering of those concerns Weatherill will probably then 'fall into line' on opposing the GST.