Letters on the US Presidential Election and 'Small Government' in Australia 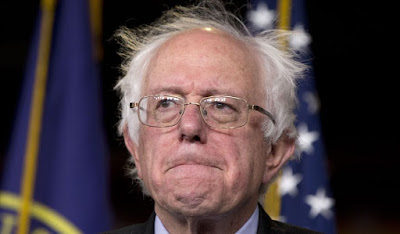 
The following are another series of letters to The Age and to the Herald Sun ; addressing topics as diverse as the US Presidential election; to Richard Denniss on economic reform;  a response to Peter Costello on ‘small government’;  on the threat of ‘elder abuse’ by government;  and the case against austerity!  Unfortunately the clear majority were not published.

Richard Denniss (‘The Age’, 15/2) makes a compelling argument regarding the real nature of the social choices we need to make, and the social priorities we need to set.  Are lower corporate and personal income tax rates, as well as other concessions and subsidies for the well-off really a greater priority than quality, accessible state education ; a fair welfare system which is sustainable for those depending on it; social insurance for the disabled and the aged ; and comprehensive public health which is truly responsive to human need?  Peter Martin (15/2) makes the point that the top 10% consider themselves ‘battlers’, whereas in fact they are amidst the truly wealthy and the upper middle class. We cannot afford social services, welfare, social insurance and public infrastructure without a genuinely progressive tax mix.  And we must not be scared to put the arguments for redistribution and higher social spending – without which the minimum human and social needs of a great many Australians would not be met.  This election the progressive parties should be aiming to increase social expenditure by at least 2.5% of GDP (or $40 billion in a $1.6 Trillion economy) rather than parrot conservative mantras on ‘cutting expenditure’.

Peter Costello (Herald-Sun 16/2) argues  “spending, not tax, is our biggest problem”.   Yet Australia’s public spending is low by OECD comparisons. The problem is that ‘small government’ imposes a ‘false economy’.  Some social needs are non-negotiable.  Health, Education, Aged Care, pensions for the vulnerable and for those who have earned it through a lifetime of work.  Crucially: In these fields ‘collective consumption’ via tax actually gives us a better deal as taxpayers than we would receive as private consumers.  To illustrate – in their book “Governomics  - Can We Afford Small Government?’ Miriam Lyons and Ian McAuley argue that whereas ‘high taxing’ and ‘high spending’ Nordic countries “contain health costs to 9 per cent of GDP”, in the US the figure is 18% despite only 40% coverage.   Australia’s Medicare is somewhere in the middle: It is an effective universal coverage scheme – but neglect and under-funding leave us ahead of the US but behind the Nordics.  So even with progressive tax and higher social expenditure these policies can actually get costs down as a proportion of GDP, and in the process free up a greater portion of the economy for ‘negotiable’ needs (eg: entertainment, holidays) which improve our quality of life.


Continuing the Argument against 'small government'

Conservatives are arguing Turnbull must “slash government spending”.  But where would that come from?  The unemployed live in such poverty it interferes with their ability to seek work. The Disabled already experience poverty through no fault of their own.  Student poverty forces mainly young people to seek out work that actually prevents them from getting the most out of their study.   The Aged are forced to sell their houses to access sub-standard Aged Care even when they are from a working-class background.  Waiting lists are spiralling out of control in public health ; and we have the threat of a permanently two-tiered Education system which disadvantages those unable to afford private schooling.  Mental health is neglected and many mentally-ill can expect to die 25 years younger on average.   There is insufficient public money for infrastructure and privatisation passes on added costs that hurt the broader economy.  Public housing could increase demand and make housing affordable for more families.  So in fact more public money is needed – not less.  AND the deficit must be brought under control as well.  Only PROGRESSIVE tax reform (not the GST) can tackle all these crises fairly.  Cutting savagely is not the answer.


Meanwhile on Elder Abuse by the Federal Government!:

Christine Long (‘the Age’ 24/2/16) provides an exposition on elder abuse, usually at the hands of relatives.  Yet the worst elder abuse and negligence comes as a consequence of the actions (and otherwise negligence) of the Federal Government.   Nursing homes lack staff to resident ratios, and what is more there is no provision for a registered nurse on the premises 24/7.  Indeed nursing homes are often akin to ‘warehouses for old people’. There is little or no mental stimulation or diversity in environment.  Lack of staff means residents do not always eat, and some are left in their own excrement for protracted periods for the same reason.  What is more, onerous user-pays mechanisms are forced upon working class families who may have struggled their entire lives to afford a home.  User pays aged care is akin to regressive tax – but much worse even than the GST.  For quality of life in old age other reforms are also necessary.  A significant increase in the Aged Pension.  Free public transport.  Taxi vouchers, and social gatherings to cater for all interests.  Programs to combat loneliness and the likelihood of suicide.  A National Aged Care Insurance Scheme would be a great place to start.


Responding on the US Presidential Campaign: Bernie Sanders' Prospects
Rita Panahi  (Herald-Sun, 15/2) decries US Presidential Candidate Bernie Sanders as “An ageing socialist who wants to raise existing taxes and introduce a bunch of new ones.”   The unspoken assumptions, here, are that small government is un-contestable, and redistribution unthinkable.  The Herald-Sun (15/2) was also concerned that what are probably the top 10 per cent of families live ‘pay-check to pay-check’ on $200,000 a year and more to maintain their lifestyles.  But according to the ABS  the average pre-tax individual wage in November 2013 was $57,980. And many truly battled on close-to-minimum wage: cleaners, skilled child-care workers, aged care workers, retail, hospitality and tourism workers.  In 2015 the minimum full-time wage was barely $650/week.  So redistribution is fair for many reasons.   Arguably everyone should have minimum rights to social inclusion, shelter, nutrition, education, and health care.  Best provided through the social wage, social insurance and various social services which demand progressive tax as ‘the price we pay for civilization’.  But pay is also based on ‘demand and supply’ in the labour market, and some workers’ industrial strength. Those mechanisms do not guarantee fairness.  You don’t get fairness and human decency without redistribution including services, welfare, public infrastructure and progressive tax.


Julie Szego (‘The Age’ 25/2) infers that women supporting Bernie Sanders in the US Presidential Election is not the ‘feminist choice’.  Underlying this is the assumption that identity is privileged over broader outcomes and over ideology . But if Sanders succeeded in winning free universal health care women would stand to gain as women – exactly because women are otherwise disadvantaged financially due to the exploitation of feminised professions, and due to women’s interrupted working lives.  Secondly, if Sanders raised the minimum wage this also would help the most exploited women in those same feminised professions.  Whereas Hilary Clinton can be seen as supporting a ‘liberal feminist agenda’ Sanders agenda ought appeal to ‘socialist feminists’  concerned also with class, and with the inequalities even between women themselves.   In this context it would not be ‘a betrayal of feminism’ to support Sanders.  Modern progressive politics needs to be based on reciprocal solidarity between human beings against oppression, exploitation, subordination and domination.  Here gender does not ‘trump’ other issues any more than those issues (eg: class) ‘trump’ gender. The agenda is for us all ‘to see the struggle through to the end’ with nothing less than ‘full human liberation’ as the aim.