Responding to Red-Baiting on Marxism 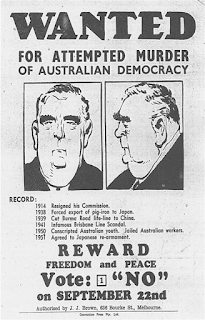 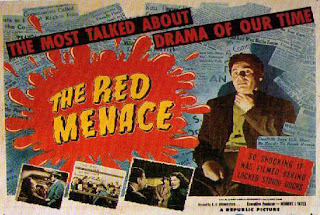 
A common argument on the Left is that ‘Socialism’ is not ‘Communism’ ; and this is intended to ‘deflect’ associations with Stalinist big ‘C’ Communism as it was known in the former USSR and Eastern Bloc.

Indeed, socialism is not 'Communism with a big 'C'' - in the Stalinist sense: with unending Terror and Cult of Personality.  In the authentic Marxist sense socialism  refers to a stage of economic development under which ownership of the means of production was progressively centralised under the state ; and with 'the dictatorship of the proletariat' whereby the democratic working class majority had exercised state power.  This is the 'first stage' of communism. (also known as 'socialism')  And thereafter - with abundance and the end of social antagonisms - 'the state withers away'. This is 'the higher stage of communism'.

There are  many (non-Marxist) definitions of socialism as well.  And many people – including self-identifying Marxists –  also argue for a ‘democratic mixed economy’ including a mix of markets and planning ; and of public, co-operative and other collective ownership.  And this is also seen as a kind of socialism.  (even if not strictly conforming to the original Marxist definition) These people can still sympathize with the goal of 'the higher stage of communism' ; but many (the author included) have come to seriously doubt the likelihood of its being realised.

But many of those who actually have a grasp of Marxism (most people don't) know there's nothing wrong with his notion of communism in theory. As opposed to stifling oppression , Marx’s notion of ‘communism’ envisaged a world of plenty; of cultural and social opportunity ; governed by the principle of ‘from each according to ability, to each according to need’ ;  and where humanity transcended past conflicts: where - again, as opposed to becoming 'all encompassing' - the state (in Marx’s words) ‘withered away’.

But remember also that communism in the Marxist sense was deemed by Marxists themselves as impossible without the prerequisite of economic Abundance – with the development of the means of production first by workers under capitalism, and then furthered under socialism.

The Bolsheviks attempted a Revolution in Russia before the economic development had reached the level many other Marxists had seen as a prerequisite. In name they were pursuing communism - but the system they implemented certainly was not communist in Marx's sense.

Many Marxists understood the risks.  Effectively, the Russian Revolution could get stuck in a particularly repressive variation from 'the dictatorship of the proletariat'.  Many interpret that as meaning ‘dictatorship’ in the literal sense.  But in the authentic Marxist sense it was to be understood as a manner of applying democracy ; ie: the democratic rule of the working class majority.  (but where the revolution’s class enemies were contained or suppressed where necessary; though some Marxists such as Karl Kautsky also ended up insisting on a regime of universal liberal rights)

But the Bolsheviks attempted a Revolution in an industrially-backward nation ; dependant on an alliance of workers and peasants. That is why a lot of Marxists thought the Bolsheviks went too far – attempting to overcome their disadvantages through sheer voluntarist will and strategy.  What we ended up with was centralisation and Terror. And decades of forced industrialisation: a ‘forced march’ to achieve the economic preconditions of socialism.  In the process, Terror, Cult-of-Personality and over-centralisation saw the corruption of the Revolution and the onset of what came to be known as ‘Stalinism’. This was not ‘the dictatorship of the proletariat’ in  Marx’s true sense ; though certainly it was a kind of dictatorship.  Most critics of Marxism do not understand the difference.

On the other hand ; some critics of Bolshevism such as Rosa Luxemburg did not condemn the Bolsheviks for trying.  For Luxemburg specifically her criticism centred on the issue of workers’ liberties and workers’ democracy.  But by contrast, Left-Menshevist, Julius Martov also insisted on ‘mass democracy’ as opposed to ultra-centralism ; and questioned the Bolshevist path to power. For Martov Russia’s semi-feudal conditions were not a sufficient base on which to build socialism. And this was bound to result in complications later down the track. Economic development had to come first ; though in the interim he supported an alliance of socialist parties.

Importantly: 'Abundance' itself has also proven in some senses relative ; and 'coercive laws of competition' (a concept found in Capital Vol I) can be applied to states arguably as well as to businesses.  Practically this means that both businesses and states need to promote competitiveness in order to survive. This also makes (the higher stage of) communism in Marx's sense a difficult prospect. And it makes socialism in the strict Marxist sense a difficult prospect for the same reasons. (coercive laws of competition) Hence we need internationalism in theory and practice - and to reject arguments on globalisation to the effect that 'everything is hopeless'.

There's also the concern that class struggle is not the sole source of conflict ; hence the state may never 'wither away'.

Maoism in China saw the peasants as having the leading role. Only in the past couple of decades or so the Chinese have attempted to emulate capitalist development in order to modernise.  And in terms of the scale of their economic development they have succeeded remarkably.  But there's the risk that their capitalists will one day become an effective ruling class. And then the last remnants of Chinese Communism would be over.  There’s no reason to suppose that would necessarily involve ‘democratisation’ either.

On the other hand Swedish Socialism was not clearly Marxist. Theorists like Walter Korpi wrote of a 'democratic class struggle'. Marxism held significant influence. But key socialist theorists like Ernst Wigforss did not identify as Marxist and had original ideas  distinct from those provided by the broad Marxist framework. Though fear of Bolshevism had helped to press the Swedish monarchy into supporting the Suffrage. (as with many other countries)

The rise of a ‘Communism’ clearly distinct from social democracy had originally began in 1914 with the formation of Communist parties in response to the World War. (and the failure of most social democrats to effectively oppose it)  This was a watershed moment.  The ‘Twenty-One Conditions’ (1920) of the Third International (developed after the 1917 Russian Revolution) imposed a single organisational and ideological framework for all Communist Parties ; that is, of Vanguard Parties in the Leninist sense. (parties of ‘the advanced working class’) And in the process this ruled out flexibility and adaptation to local circumstance.

The author’s personal sympathies are with the 'Left Social Democrats' - such as the Austro-Marxists. Who were definitely Marxists - and definitely not Bolsheviks or Stalinists. The key point here is that the Schism was not entirely 'against Marxism' ; it was also to various degrees 'within Marxism'.   In this sense there is not necessarily any logical contradiction between communism in the strict Marxist sense – and Revolutionary Social Democracy. Importantly therefore, the Bolsheviks could never claim a monopoly on Marxist thought.  Marxists retained crucial influence on the Left of Social Democratic parties.  In some cases (eg: Austria during the inter-war period) Marxism remained the dominant outlook.

Again: the word ‘Communism’ is deployed widely to scare people ; and many socialists (even Marxist-influenced) will not enter into any debate concerning it for fear of the impact of red-baiting, and association with the ‘once-really-existing Stalinist’ regimes of the 20th Century.
Tactically, social democratic leaders may be advised not to proclaim to the world that they are Communists.  And in all honestly, there is doubt that 'real communism' as Marx truly intended - is even possible. Or at least certainly not for a very long time into the future.

But if we can't debate these issues internally even , eventually we will be led to abandon socialism entirely. Kind of like how 'liberalism became a dirty word' for a very long time within the United States. That way we find ourselves perpetually on the back foot in response to red-baiting.
But now there's actually a resurgence of socialism in the US.  DSA – Democratic Socialists of America – has been expanding rapidly.  Demands are growing for improvement of wages, action on climate change, and for socialised medicine. These are taken for granted in many parts of the world ; but progress on these fronts is remarkable in the American instance. The question is how far this trend can be furthered (and tactical compromises will be necessary) without forsaking substance over the long term.

In the Australian context, there was once a much stronger culture of internal debate around the issue of Democratic Socialism in previous decades - and it didn't cost the Australian Labor Party elections. (say in the 70s and 80s)  Though since the 50s split the ALP had been undermined by right-wing Catholic organisations such as the Democratic Labor Party and the National Civic Council.  Those tendencies have now largely redeployed within the Liberal Party (Australia’s party of Conservatism). In the process they have abandoned ‘traditional Catholic centrism’.  They have abandoned all pretence to economic social justice in order to cement their place on the Liberal-Conservative Right in the current political milieu. That means internalising neo-liberal thinking on the economy, say as opposed to the premises of Rerum Novarum. (the Roman Catholic Church’s original 19th Century response to capitalism and industrialisation)

Parliamentary parties are always tempted by opportunism.  Though it's true that ALP Leader Herbert Vere ‘Doc’ Evatt did the right thing defending liberties when Liberal Prime Minister, Robert Menzies tried banning the Communist Party in the 1950s.   With Evatt championing liberal rights, Menzies lost the associated referendum.  Liberal rights in Australia were preserved. Evatt’s principles may have cost parliamentary votes ; but who of any principle  would say that he did the wrong thing?  Though he did not win a Parliamentary election as Leader, he will always be remembered for his stand.

Right-wing public intellectuals like Jordan Peterson are alarmed by arguments that ‘Real communism has never really been tried.’  Although the achievements for a while of kibbutzim in Israel give some idea what might be possible. If you used Kibbutzim as an example I don't think many people would be shocked

On the Left we cannot (and should not) airbrush history because that's more politically opportune. But neither can our leadership always 'put on their most radical faces' when contesting elections. Still: here among the grassroots I think we have more freedom. We should use it. It may well bear fruit into the future ; so we are intellectually prepared in the event of future crises. And that is only a matter of time.
Posted by Vaughann722 at 6:58 PM