Covid 19 has hit the economy hard; But where is the Recovery going to come from? 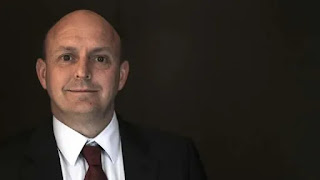 Richard Denniss of The Australia Institute thinks the Economy will not simply 'snap back' after the Covid-19 Crisis. A long term government role is required.

Shutting down workplaces: hospitality and tourism, higher education and some manufacturing: comes at an enormous cost.

We can’t put a price on peoples’ lives and peoples’ health.  But many people will need to sacrifice to ‘spread the burden’ of funding recovery.

Some have suggested a ‘HECS-style loan’ for those unemployed as a consequence of this crisis.

Because this discriminates, it is unfair.  Richard Denniss – speaking on ABC radio – is correct about this.  Though I think he is wrong about HECS more broadly.   Income contingent loans to pay for government  support of individuals during the crisis would mean a veritable ‘labour market lottery’ as to who was left with debt. Denniss agrees with this much.  But also ‘income contingent loans’ have a longer history of losing their progressivity as governments reduce thresholds to help pay for other endeavours – such as ubiquitous corporate welfare.

Also will the government temporarily increase corporate tax  during the recovery period to service debts incurred supporting the private sector during the crisis?
https://www.abc.net.au/radionational/programs/sundayextra/the-lasting-economic-damage-from-the-covid-19/12223194

The government’s stimulus has provided a lifeline for many.

But one rational assumption is that the economy won’t simply ‘snap back’ at the end of a six month period ; and as a consequence the government cannot afford to ‘step back’ and just let the private sector ‘fill the breach’.  The real economy doesn’t work like this.

In hospitality and tourism the structural effects on the economy could last quite some time. We don’t know whether there will be a ‘second wave’ or whether we will ‘break the back’ of the spread in this country.  But global travel will take years to ‘get back to normal’, and the US and the UK are still deep in crisis.  The ACT and Northern Territory also understandably want to reap the benefits of wiping out the virus, and don’t want it reintroduced from interstate.

On the other hand the crisis provides an opportunity to broaden and deepen the public sector to create the ‘economic infrastructure’ around which recovery will occur.  Make strategic infrastructure investments, as well as structural improvements in public services ; unemployment services ; in Health, Aged care and disability services ; in welfare, transport, communications, arts.  The NDIS needs to be more accessible, with 'consumers' interests protected more vigorously.  The CES (or 'Centrelink' these days) should be refunded as a 'one stop shop' for job-seekers - but without the usual harassment and humiliation.  Homelessness could be addressed 'head on' with a big investment in public housing. Fix the NBN with ‘fibre-to-the-home’.  A big public investment in renewables. And coming out of the crisis: Have an active industry policy which strategically supports and invests in high wage manufacturing.

This is also an ideal opportunity to progressively reform welfare across the board ; and lift job-seekers out of poverty.

On ABC radio high speed rail was inferred as perhaps a ‘dubious investment’.  But it could drive growth in the regions, with a flow on of jobs and affordable housing.  As well as containment of urban sprawl and the transport crises that ensue from that.

The simple truth is that the public sector might have to pick up the slack on the economy for some time to come if there is to be any chance of a recovery.  And if we navigate this in the right way it can present an opportunity.

Modern Monetary Theory (MMT) holds that as the issuer of the currency the government can create money at will to invest and ensure a ‘full employment guarantee’.   Though this is limited by real economic constraints concerning the scale and nature of goods and services actually produced in the economy at the end of the day.  In some instances there might also be inflation ; and you cannot ‘create money’ to fund an infinite influx of imports.

But full employment is in everyone’s interests: so long as there is an ‘efficiency dividend’ which provides benefits for all ; and so long as consultation with unions ensures there is no endless ‘wage-price spiral’.   Higher employment has a ‘multiplier effect’ on the broader economy that also makes debts easier to service. At the same time, the wage share of the economy has been falling for decades ; and long term there is a need for a structural correction which could also create extra demand in the economy.

As part of this picture there should be reform of the labour market improving compensation in low-paid jobs – either with regulation, or through the social wage. (or both)

Modern Monetary Theory has been somewhat skeptical of the role of taxation, claiming it ‘takes money out of the economy’.  But this need not be the case if all that money is spent ; if indeed there is a stimulus.  Taxation also allows for a much more finely targeted redistribution of wealth: which should be desirable for progressives.

The current public health crisis is going to cause much more pain before it is overcome.  But the right kind of policies on investment, industry policy, welfare and stimulus can minimise that pain, and even help ensure in the end we come out of the crisis stronger.


(nb: I'm wanting to publish this article elsewhere as well ; but I'm interested in feedback from readers on how I can improve the piece before I do that ; looking forward to comments :)  )