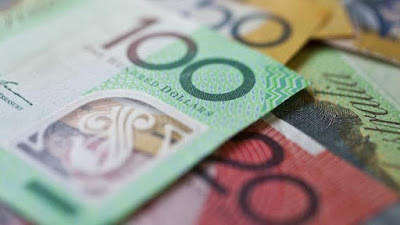 above: Morrison's Tax Cuts will lead to over $20 billion in austerity every year

Figures in the ALP - even including Senior figures in the Left -  are rationalising the decision to back the hugely regressive Morrison income tax cuts in the final instance.  The rationale (given by senior Left figure, Kosmos Samaras)  is that workers do not begrudge the wealthy a tax cut, even though they do begrudge an increase in Newstart.  He concedes it reluctantly, calling it “confronting". For many adapting to the mindset of these people (including ‘working class Tories’) is more urgent than actually trying to win the argument. Or winning those people over on balance on other issues - despite their prejudices.

So now Labor has gone so far as to pass the controversial ‘Phase Three’: which  moves us towards a ‘flat tax’ with those in $45,000 to $200,000 all on the same rate. This is worse than Blairism ;  This is capitulating to Thatcherism.
Phase Three alone will come at a cost of $95 billion in five years’.

And even before this 'Phase 2' alone will cost almost $4 billion a year.

If people on undoubtedly high incomes do not pay their fair share of tax how will the social wage survive - let alone expand?  If the ALP does not stand for the social wage what does it stand for?  Without the social wage Labor utterly turns its back on the Whitlam legacy.  And at least Hawke gave us Medicare.

If we effectively back a flat tax we may as well not exist.

Labor lost the recent election for many reasons. Clive Palmer's money. A deceitful tax scare campaign on ‘retiree taxes’ and ‘death taxes’ that were nowhere on Labor’s radar. A failure to communicate complex policies. Media bias. A 'flat' performance by Shorten in the final days.

What this shows it that we need to be careful how we frame our next Campaign. Simpler but still progressive tax reform. Rescind phase three and increase progressive tax by somewhere between 1% to 1.5% of GDP. Include a progressively structured Medicare Levy increase. Make the connection between the tax reform and the social insurance/social wage reforms we want to make. Aged Care Insurance, Medicare Dental, Child Care. Keep on emphasising we're only talking 1% to 1.5% of GDP. Sell the ideas of social wage, collective consumption, social insurance.

Also: Attack the Liberals relentlessly. Push them hard on the need for cuts under their plan and where the cuts will come from. Use relatively simple negative and positive ideas and slogans - that will 'cut through'.

As for bracket creep ; after adjusting for fairness we need to index the lower brackets. And when the Libs say 'politics of envy' - don't just take it - fight back. $95 billion of cuts over five years is massive. It's not 'envy' ; it's about justice and it's about survival. Emphasise that lower and middle income earners are $53,000/year and under taking the median as a guide.  (or again: approx $65,000 if you’re only considering full time workers)

When we cut taxes for people on $100,000, $200,000 and higher - we are cutting health, education, aged care, and the social safety net. Make sure everyone understands this. And also people on lower thresholds are paying proportionately more of the tax burden. Which is the point. (ie: towards a 'Flat Tax')

These days even The Age is beating the Liberal drum relentlessly. But if we become a Party that no longer sets agendas ; but rather REACTS and capitulates to media spin campaigns - we may as well give in. You're basically saying 'Blair was Right'. And that the cause of a genuine Centre-Left is hopeless.  But even Blair *increased* tax modestly for his programs.  A flat tax is closer to Thatcher than Blair.

If deregistering unions becomes 'popular' do we give in to that too?

We can make tactical and strategic changes without full on capitulation.

I  made the argument thereafter that if workers support the Morrison tax changes it is because they don't understand what it will cost them in the long run. And the ALP wasn’t making that case very strongly either.

For Samaras this was being ‘patronising’ to workers ; and he retorted “yes, those poor uneducated workers.”  The implication is that he thinks workers backing the cuts know exactly what they’re supporting.

This was my response:

So you're saying people understand Medicare, welfare, public health, schools, public infrastructure, universities, the ABC - are going to be slashed ; and they think a tax cut of maybe $10,000 a year or more for someone on $150,000/year is the better option?

People are immersed in popular culture. A Current Affair inciting hatred against the unemployed and unions. The Herald-Sun selling the narrative of the 'everyman ScoMo'. Yes, there are working class Tories out there. But even still: we have to actively contest the argument.  The Liberals will govern against most workers’ interests, and we need to communicate that.  And somehow begin the work of rebuilding an outlook of solidarity.

I’m no Leninist, but it’s interesting to consider what he had to say here. Before the meaning of 'social democracy' shifted Lenin pointed out the need to impart 'social democratic consciousness' ; but that this did not arise 'organically' from the class struggle, but had to come from the revolutionary party.

Today we have very little left in the way of a class struggle compared with the past. The Accord had something to do with it. So did deindustrialisation. So we don't have class consciousness among many, let alone 'social democratic consciousness'.

That said, an old style vanguard party is not the answer. We need a mass party.  But a mass party which – like a vanguard party – is capable of leading, mobilising and educating.  And is  complemented by sympathetic social movements which it builds strong ties with.

Social Media is a 'leveler' ; but the Conservatives dominate the old media. Over the long term the decline of traditional media will strengthen our hand. If we don't completely roll over into a Party of Liberalism in the interim.

Samaras suggested I was being 'patronising' ; but remember a lot of workers voted for Hitler too. Would it be 'patronising' to say they were wrong? A lot of working people are convinced by the tabloid propaganda. Again, if deregistering the CFMMEU becomes 'popular' do we back that? Or do we fight back ; actively strategizing with everything we've got?

Yes people got it wrong. No, they didn't fully understand the implications of voting Tory. They don't know what over $20 billion in cuts a year will look like. Van Badham of The Guardian supposes that before too long that will escalate to a figure of $40 billion. (there's a likely recession, and the mindless drive for a surplus 'no matter what") It's partly our fault for not making enough of an issue of it. Our job is to expose that social cost. And when it comes to the next election oppose Phase 3. Which alone will cost over $200 billion across a decade after inflation.  (more if you accept Van Badham's assumptions)

So for those who think it's a good idea to back the tax cuts how about you explain where you think they should make the Budget cuts.

Jacquie Lambie has also totally sold out ; backing the shift towards a flat tax in return for  just over $150 million in relief for public housing debts.
Samaras again backed Lambie on the basis that public housing was a crucial issue in Tasmania , and the money would assist the homeless.  Their circumstances are desperate ; and no-one is saying nothing should be done.

Many people who think about and understand the consequences of this will end up voting Greens or other Left groups out of desperation unless Labor gets it together and commits unambiguously to rescind Phase 3 upon re-taking government.  (The legislation re: Phase Three is not due to take effect until 2024) It’s true in the end that Labor did not have the numbers to stop the legislation ; but ‘taking a stand’ was crucial for morale and for Labor’s credibility.  As well as contributing to a debate which may influence public opinion into the future.

For those who agree to let the tax cuts to go through instead of addressing aged care, dental, childcare: how about saying EXACTLY where you want Morrison to make the cuts?  More than $20 billion a year is a LOT of money. It's not enough to say 'cut red tape'. Frontline services will be damaged critically.

And before anyone attacks me: We are coming within a cat's whisker of a Flat Tax.  And that is the politics of Thatcherism.  'Politics' is about 'political capital' ; and progressives who are about social and distributive justice - not just identity politics - will see this as a betrayal. It could colour peoples' idea of Labor for years if not decades.

That’s what we should have thought of before we voted for this package ; even if some people have the intention of trying to revisit the issue come the next election.  No doubt ‘pragmatists’ will try and head any such move off in any case when the time comes.